What is Google Chromecast?

Google Chromecast was announced way back in July 2013 and is a small HDMI dongle which is available for around $35. The dongle allows you to stream content available on your smartphones, laptops or tablets to your TV. Google Chromecast is the competitor to the Android TV because of the low cost and portability.

What is Android TV?

Google Chromecast has a lot of amazing features, but the main feature for which this gadget is known is because of the ability to stream content on your TV. It is not only compatible with Android devices but can also be used along with iOS devices. Some of the applications which are officially supported by Google Chromecast are Hulu Plus, Netflix, HBO Go, Youtube, Pandora, Music, Google Play music and many more. Google has said that they are constantly working on developing and adding more apps which are compatible with Google Chromecast.

With chrome browser on any laptop or tablet you can mirror the exact screen on your TV in a way your entire screen will be mirrored on your TV using Google Chromecast. This feature is still in development stage and comes with some bugs which will be removed with time according to Google.

Android TV also allows you to control everything which is happening on your TV using your smartphone, tablet, smartwatch or you can even use your voice. Android TV is not only limited to set-top boxes as a lot of new Smart Tv’s also come with built-in Android TV. The prime advantage of Android TV over Google Chromecast is you are having full experience of Android on your TV.

You can download any app which you want to download from Google Play store like Chrome, Hulu Plus, Netflix and use it on your TV. Not only Android TV is limited to apps as you can also download and play your favorite games from Google Play Store on Android TV. If you are using Android TV you can also connect compatible gaming controllers and use them for playing your favorite games. Android TV will work like your standalone Android device as it will help you in sending e-mails, surf the internet and much more.

Now you know what Google Chromecast and Android TV is. If you are wondering what are the differences between two there are some. The basic function of both the gadgets is to stream content on your TV. Google Chromecast can be used not only on your TV but also on all compatible Android devices. You can use it on your Android smartphones, tablets, and laptops. Once you have installed the app on your Android device and connected the Chromecast HDMI dongle with your TV you will be able to stream content. Coming to Android TV you don’t need any particular Android device, because Android TV works like a set-top box and converts your normal TV into a smart TV by adding Android operating system to it. In Android TV you only need any Android device like Android smartphone, tablet or even a smartwatch to control the TV.

Android TV is better in terms of features and functionality. The basic function which Google Chromecast does is it allows you to stream videos and get limited features of android available to your TV whereas in Android TV you will get the complete android experience on your TV. You will be able to play games, use gaming controllers for better control over your games and also use other apps which is not possible in Google Chromecast. 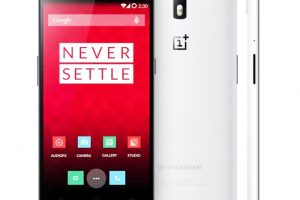 Zainil Dedhia is commerce graduate & is pursuing his further studies in commerce. He loves to write about free software's & social media.