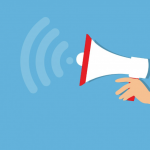 Every business should put significant effort into marketing since it is an integral part of business success. Experienced marketers usually focus on marketing strategies that will work well when they are implemented. Promotional items like branded bags are very effective. But their use requires a working strategy. So, if you are still stuck on how to go about using branded ... END_OF_DOCUMENT_TOKEN_TO_BE_REPLACED

Posted by Daisy Watson | Comments Off on Do online relationships really work?

We are in the 21st century and online relationships are not something new for the youth these days. But, the million-dollar question is – Do online relationships work and should you really get into one of those relationships? Well, to be frank, dating is indeed something that you need to learn. There are no predefined rules in dating and an ... END_OF_DOCUMENT_TOKEN_TO_BE_REPLACED

Flappy Bird had to be one of the most sought-after games in 2014. It was developed by Vietnamese game artist and programmer Dong Nguyen, under his game development company dotGears. Flappy Bird was ideated and developed by Nguyen in just a few days. Faby, the bird character, was originally designed in 2012. The company dotGears, described its games as “heavily ... END_OF_DOCUMENT_TOKEN_TO_BE_REPLACED

The Daughter of Kandi Burruss has been spending time away from the family this summer due to her summer internship at the law firm. The Real Housewives of Atlanta teen Riley Burruss has been relocated to New York. Her mother is already very proud of her grown daughter but she is more happy to announce her new guest for Speak ... END_OF_DOCUMENT_TOKEN_TO_BE_REPLACED

Brad Pitt Will Not Be Joining Instagram Anytime Soon 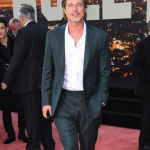 Instagram being the second largest social media platforms in the world has a huge user base. The photo sharing app is wildly famous among the general public as well as some celebrities. Instagram is a great way for celebs to connect with their fans and to keep them updated about their next step in life and many celebs are grateful ... END_OF_DOCUMENT_TOKEN_TO_BE_REPLACED